In 2012 we had a good conversation with Rodrigo Pozão about trips and skateboarding. Go outside São Paulo was always on Rodrigo’s years.

Now it’s 2018 and Rodrigo is taking skateboarding to some other paths in his life. He just got back from the USA with Ouderspace and we sat down to have a little chat about it. Check it out:

Sup Rodrigo? Its been six year since our last talk. How is life treating you?

Chilling, TM! My carreer has changed a bit since I started to work with skateboarding, teaching people how to skate. Nowaday I skate less for me and more for my students but I managed to do some pretty cool stuff this year, went to the USA and did a few contests.

I’ve changed my mind a lot, I don’t skate everyday anymore. That changed.

You are one of a few AM skaters in Brazil that skates for an american brand. How that deal came along?

Ouderspace opened a sponsor me web contest for skaters worldwide and I won. I couldn’t believe that at the time!

They are extremely professional. They took me to the US and got it all covered. It’s a pretty cool relationship, I feel part of the Ouderspace family indeed! The owner told me that they want to pass that “feels like home” feeling. I think he saw something different about me and that was that! His name is Timothy Ramon and he’s the best!

Like, for an example, at Thanks Giving they gave 300 boards over the town, for the locals. Although is a small company, everybody respect them and they respect the people back. It’s dope!

Tell me about your trip with Ouderspace.

I spent a month in America. I arrived in L.A. and stood there for 10 days. I skated Venice and did some classic and new spots. Then we spent four days in San Diego and then San Jose, that is like 6 hours from Los Angeles. Then San Francisco, Oakland and Santa Cruz.

We skated and filmed everyday. 30 days I was there, I skated at least 25. 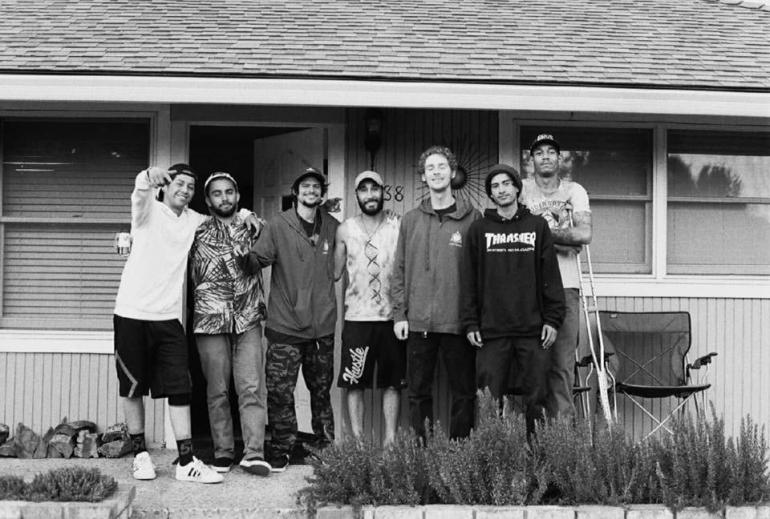 Did you go at any classical spot from the videos?

A few! I think the most classical one was Hollywood High and there I suffered! Haha. It was our ninth day of the trip, skating every single day and I was wrecked. Those set of stairs are huge! I wasn’t planning on jumping down that thing, but the crew psyched me to try at least an ollie.

I tried a few times but I decided to quit because I was gonna be tired for the rest of the trip. This happens: you go to the classical spot and started to wonder how our idols skated such a huge thing and did everything on that!

And what about the skills of the american amateurs? How is it in comparison with brazilian kids?

Dude, it’s almost the same, I guess. I went to a contest there and I felt the level is pretty similar with us, although american kids have better opportunities, better spots, better gear etc.

How does a small brand in the US survive?

They have that “help each other” mentality, you know? Those from the same hood, they are proud of the local brands. It’s different from here, speacially São Paulo where I live. Here the skaters don’t support the local brands, they wanna get free stuff, and if they don’t, they don’t give a fuck.

Yeah, I feel you. That and the whole “gringo is better” idea we’ve always had in Brazil.

Yeah, that too. They don’t have that mentality in the US, I guess, they support the locals.

Ouderspace was born in 2012 and they have done for skateboarding since then. They support some dudes, they did a signature board for Angelo Ortega (this dude RIPS HARD, but he’s not pro), so it’s like something to bring back to the community.

Let’s go back to the spots. Are they harder than it looks on video?

Yeah, definitely. They are perfect, but bigger and wider, different than we think. But like I said, in the US you have better structure to do stuff, so that does helps to evolve.

But yeah, you come to a famous spot, see it’s huge and start to give more credit to those you look up to because they are really gnarly.

Do you think about living in the USA anytime soon?

I do, but I want to do legally, I don’t wanna go ilegal. I want to have a job and skate, like a normal dude in the US. I know living only skateboarding is harder, so my plan is to have a job also.

I felt that in the America, if you work hard, you get paid, no matter what you do. So that motivates me.

It’s quite different. At Europe, I guess you are a little bit more free and people are more receptive. In the US, you have everything. I think in the USA it’s better for us that like music, skateboarding and all that lifestyle we live. 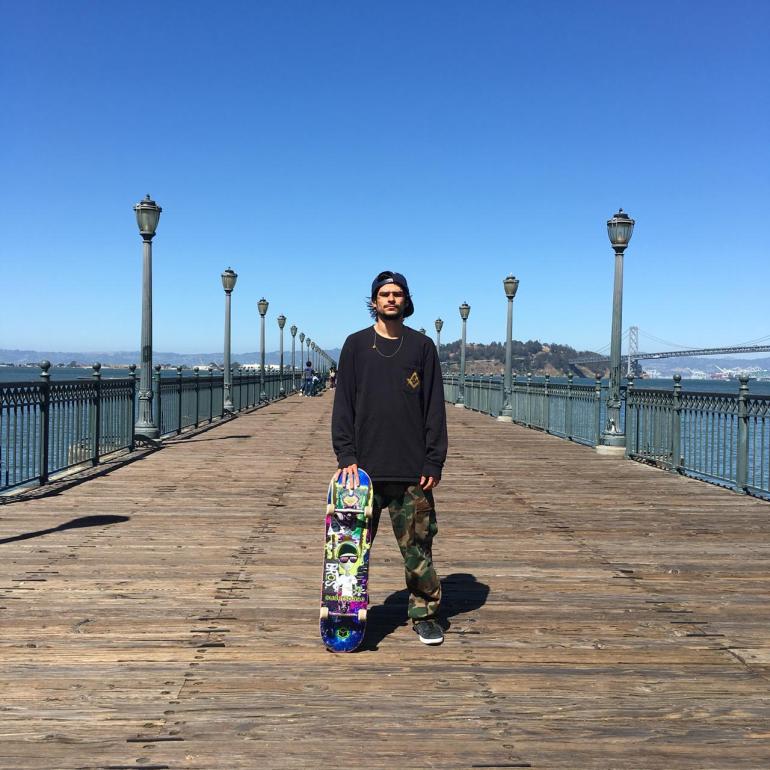 What about that Ouderspace tour? Is there any video coming out?

Yeah, it will. Its going to be a tour video and a solo videopart of myself. I think is coming mid 2019, where I’m going to try to be there for the première.

You put out a lot of videoparts already but in the last few years, it seemed to be fewer. What happened?

My last videopart dropped in 2016. Last year I filmed just a few stuff and in 2018 I did this tour so I’m anxious for the video.

I guess most of my daily stuff is on instagram nowadays.

Do you think people are throwing good stuff on the instagram just for clicks?

For sure they are, but I think instagram nowadays is a good window for outcomers. So I don’t think is just throw stuff out, but how to use it in different ways.

Everything is faster today, so I guess people want faster videos too. Like, how many full parts did you watch this year? And how many instagram likes you gave? You know what I’m saying?

But I still think videoparts are super important.

Do you still want to go pro?

Yeah, I do. Not because I think I’m the gnarliest dude ever, but to accomplish stuff in my skateboarder path. I came a long way, it would be nice. But I don’t know when, or how, or why, but if this happens, it will be sick!

Outside skateboarding, what goes on in your life?

Working a lot and spending time with my girl and doing stuff at home.

It sounds like a good life. Wanna to give any shout outs?

Shout out my friends, family, Trocando Manobras, Ouderspace and everybody everywhere! 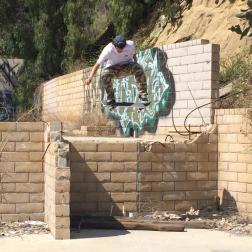 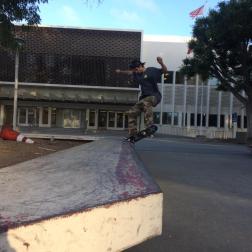